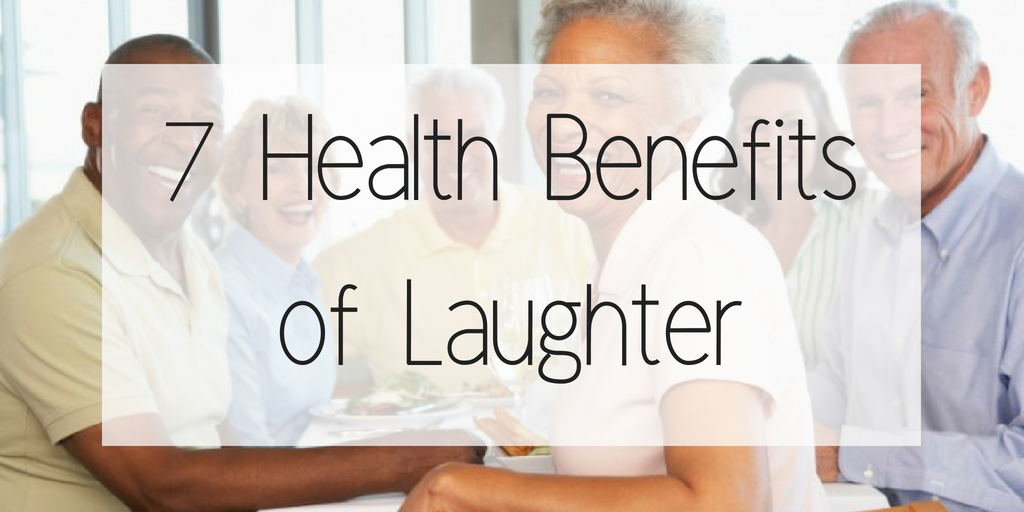 By Allison Bendickson, Director of Development

Here at Senior Community Services, we like to keep a little bit of humor in every day. In fact, our CFO Don Waletzko has a saying, “Seven days without laughter makes one weak.”

And, I’m sure you’ve heard of the saying, “laughter is the best medicine.”

While both of these saying are said in jest, they may actually have some truth to them. Laughing activates the release of the neurotransmitter serotonin, the same brain chemical affected by the most common types of antidepressants.

That isn’t the only benefit laughter has on your health.

Laughter relaxes the whole body. A good, hearty laugh relieves physical tension and stress, leaving your muscles relaxed for up to 45 minutes after.

Laughter triggers the release of endorphins, the body’s natural feel-good chemicals. Endorphins promote an overall sense of well-being and can even temporarily relieve pain.

Laughter protects the heart. Laughter improves the function of blood vessels and increases blood flow, which can help protect you against a heart attack and other cardiovascular problems.

Laughter burns calories. OK, so it’s no replacement for going to the gym, but one study found that laughing for 10 to 15 minutes a day can burn about 40 calories—which could be enough to lose three or four pounds over the course of a year.

Laughter lightens anger’s heavy load. Nothing diffuses anger and conflict faster than a shared laugh. Looking at the funny side can put problems into perspective and enable you to move on from confrontations without holding onto bitterness or resentment.

Laughter may even help you to live longer. A study in Norway found that people with a strong sense of humor outlived those who don’t laugh as much. The difference was particularly notable for those battling cancer.